Molesome is a solo project by Mattias Olsson (Necromonkey, ex-Änglagård). All songs are written, recorded and produced by Mattias. The tracks were recorded between 1998 and 2001. He plays a variety of instruments, from mellotron to synthesizers, from guitars to flea market toys. Songs For Vowels And Mammals is Molesome’s debut album.

Some people say you can’t fall in love with music. Well, those people haven’t heard this album then, because I am in love with this beautiful piece of music. It sounds fantastic as well, it is a very good production and very enjoyable to listen to. This album contains several tracks that I count as my favourite all time songs.

Intro Glock is, indeed, a short intro track that only is half a minute long. The second track Grain Of Children contains a lot of sounds and noises that form some kind of stable pattern trough the song. I really like the positive energy in the third track The Artist. It puts a big smile on my face. Some sounds remind me of the typical guitar sounds Steve Rothery from Marillion produces. It is one of my favourite tracks from the album, it even reminds me of the ambience that Marillion’s album Anoraknophobia has. Second Half has a very nice rhythm, it makes you tap your feet along with it. It’s also very dreamy. The fifth track The Musical Computer reminds me of the sounds the computers made in the 90s. It’s a weird but lovely song. One of my other favourite tracks from this album is Every Street And Pavement Mute. It reminds me of the 90s psychedelic ambient music, and I’m a big fan of that so called ‘ambient’ music. The seventh track Slow Seek Wha is a very calm and serene track. It contains a lot of lovely mellotron sounds (or, at least, I think it’s a mellotron, I still have trouble distinguish different kinds of mellotron-like instruments). It’s very sweet and tender and makes you dream. Growing At The Shipyard is in contrast to Slow Seek Wha a very dark and sinister track which makes it a very interesting track on the album. The outro is very haunting. The ninth track Before Belverde Street is a very beautiful track and my most favourite track of the album. I really love the baritone guitar sound. I thought it was a bass but I asked Mattias a while ago which instruments he used on this track. Coincidental Bounce contains a coincidental bounce indeed. The coincidental bounce that you hear on this ambient like track isn’t annoying at all. It also has a haunting atmosphere. In Harms Way is a track that slowly builds up. It’s a dark electronic track but very solid and enjoyable. The twelfth track Naples contains the sound of a typewriter in the background. It’s lurid and haunting, especially at the end. The last track is called Snow In The Suburbs. The intro reminds me of the intro of Larks’ Tongues In Aspic from King Crimson, I think it’s because of the ringing bells that slowly become louder. It’s beautiful and dreamy. It also contains an extra hidden track at the end of the track. The hidden track is actually the intro that you heard on the beginning of the album.

Mattias a wonderful and very creative (solo) artist and deserves a bigger audience. He knows how to make music, make beautiful sounds and sound patterns. People will probably call me crazy, but Mattias has overtaken Steven Wilson on my list of favourite artists.

My review on Background Magazine:

Listen to some samples of the album here: 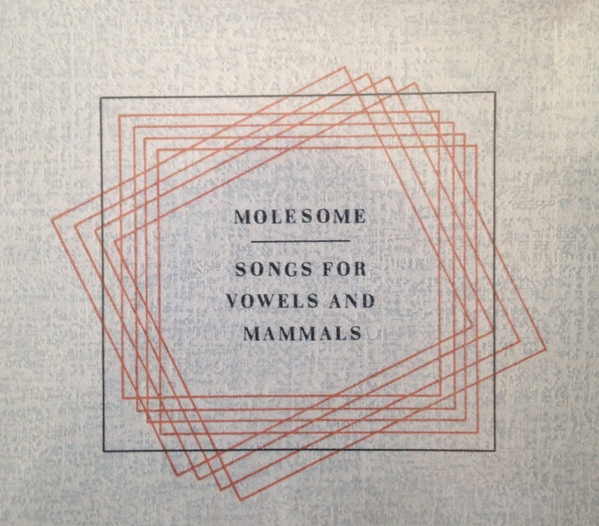