A personal top 5 of one of my favourite band, no-man! For the people who never heard of them: it’s a band/project formed by Tim Bowness and Steven Wilson back in 1987. A band you can’t place in a certain genre because they changed their music styles and influences over the years. Want to know which albums my favourite masterpieces? Here they are! 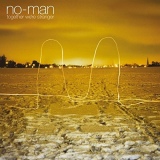 On place number 5 we have Together We’re Stranger (2003). A ‘slow and lingering’ album, in my opinion, but very beautiful. Photographs In Black And White is a track that grabs me every time I listen to it. A timeless album, while it’s thirteen years old already!

On number 4 we have Speak (1993/1999), which is no-man’s ‘official’ first album. A quote from Discogs: “These tracks were written and recorded on an analogue 8 track reel to reel machine during 1988-89. For release on CD these tapes were cleaned up, remixed, and new vocal takes recorded. The exceptions are Curtain Dream and Night Sky Sweet Earth which are newer versions recorded in 1999.” My favourite tracks on the album are River Song (which is a Donovan cover) and Riverrun.

Place number 3 is for Returning Jesus (2001). An album I would recommend for people who aren’t familiar with no-man. Close Your Eyes is one of the most beautiful songs I’ve ever heard. Bassist Colin Edwin has a big contribution on the album as well. 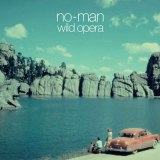 And on number 2 we have Wild Opera (1996)! This album contains a lot of my favourite no-man tracks, which are Housewives Hooked On Heroin (a very sinister track), Dry Cleaning Ray (with the catchy organ tune that lingers on), and the dark Time Travel In Texas. 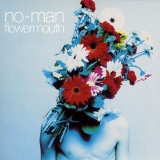 On place number 1 we have Flowermouth (1994). Why is this album my number 1? Well, it’s album I can listen to in its entirety over and over again! A tender no-man album with some typical alternative nineties elements here and there, and my favourite Porcupine Tree drummer Chris Maitland contributes on some of the tracks! Also an album I would recommend to people who haven’t heard anything from no-man yet.

If you would like to see more personal Top 5 lists, please let me know!