This would be the first time I would see the band Anima Mundi perform, so I was really curious how the band would play live. I arrived an hour before the gig would start, and the band was still busy with their sound check. Sadly there were big problems during the sound check because of technical difficulties that couldn’t be solved correctly, so there was a big chance that the sound would cause some trouble this evening. Luckily the band members themselves did a wonderful performance, despite the technical problems with the sound.

The band has a solid core with Roberto Díaz on guitar, Virginia Peraza on keyboards and Yaroski Corredera on bass. The band has two new faces in their line-up since their latest album named I Me Myself. Michel Bermudez is the new lead singer, and occasionally plays some (acoustic) guitar, keyboards and percussion. Marco Alonso is the new drummer, who also plays the saxophone from time to time, a very nice surprise! 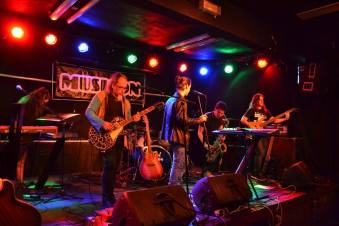 Sadly Michel suffered the most from the sound problems, but that should not spoil the fun of the rest of the evening. Michel still did a great job, and you can really see that he enjoys to be on the stage. Marco is an amazing drummer. He could get the maximum performance out of his drum kit, while the drum kit he used had a very basic setup. He also played a phenomenal drum solo before the band took a break in between the sets, and during the end of the second set. Roberto gave away some brilliant guitar solos from time to time. Sometimes the solos came close to the music of Pink Floyd, and sometimes the solos were slightly ‘jazzy’. Some of his guitars are also a treat for the eye, which gets a big plus from me! Virginia plays preserved, but knows how to play splendid keyboard solos when the moment asks for it. Yaroski is a very solid bass player with a cool sound, which I really appreciate. 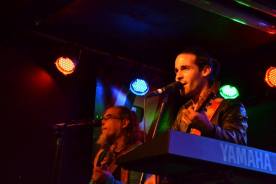 The music itself cannot be pigeonholed because it’s so diverse. The atmospheric, ambient-like moments with soundscapes are interspersed with rough moments that are leaning towards melodic metal. Most of the songs are quite long and extensive, but there’s a lot happening in the music and it never bores one moment! 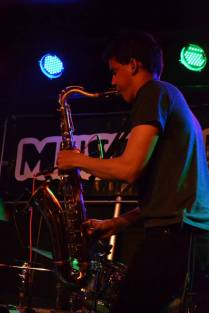 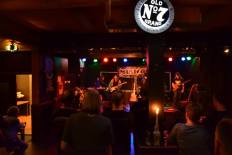 The audience really enjoyed the performance and clapped along when the band asked for it. The enthusiasm of both the band and audience was clearly visible, giving the complete evening a positive atmosphere. Because the audience continued clapping and demanding for more music after the second set the band played an unannounced encore. I really enjoyed the performance of Anima Mundi and I really hope that I will see this band live more often in the near future!

The Return Part I

The Chimney, The Wheel And The War

The Call And Farewell Song

All photos by me.

You can also read my review on House of Prog: 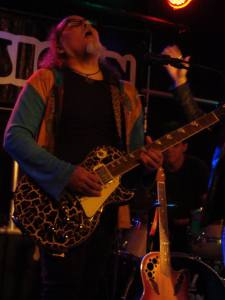 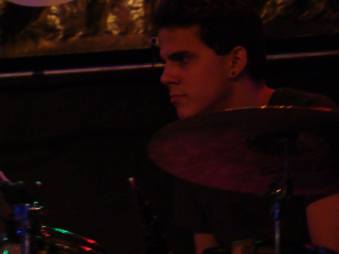 Me with Roberto Díaz, Virginia Peraza of Anima Mundi, and Alex Driessen of Progwereld:

Me with Marco Alonso of Anima Mundi: