An album that was originally released back in 1994, and recorded in the year 1975. The music is made for the movie Le Berceau De Cristal, which was released in 1976. All music is recorded in Studio ROMA, except the title track Le Berceau De Cristal, which was recorded during a live concert at Palais du Festival in Cannes. The CD has a booklet where the complete story of the making of the album is written.

The album was made by two members of Ash Ra Tempel; Manuel Göttsching (who composed most of the music) and Lutz Ulbrich. Ash Ra Tempel can be categorized as pure German Krautrock. The music is instrumental, it’s vivacious but most of the time very lingering. It has its roots in psychedelic and experimental moments. Both Manuel and Lutz play several (acoustic and electric) guitars with effects, and Manuel also plays on a Farfisa Organ and EKO drum/rhythm computer.

This is not an album that you can listen to track by track, you have to see it as a whole. It’s exactly one hour long, which makes it quite a long, but interesting trip. First track Le Berceau De Cristal is also the longest one, and lasts almost fifteen minutes. A slow song that moderately builds up. Some moments sound haunting and spooky halfway through, while the outro is more placid. L’Hiver Doux is the second longest track, and is mostly one big but interesting solo moment of the organ. Later on more sounds start to occur, making it more spacey. Silence Sauvage is filled with a catchy rhythm and space like soundscapes that lingers through the track. Le Souire Volé is quite up tempo because of the firm and steady rhythm loop and organ. Deux Enfants Sous La Lune is just like the previous track quite up tempo and also has a steady rhythm loop, but with a guitar sound that prevails above it. Le Songe D’or is more serene compared to the previous songs and reminds me a bit of the first track. Le Diable Dans La Maison is the shortest track, and also the most inimitable. There are a lot of spacey sounds and things happening. Last song …Et Les Fantômes Rêvent Aussi carries a nice atmosphere. It’s a more calmer track and there isn’t too much happening. It gives you a certain mellow feeling.

This is something you would listen to on the background, and still it sucks you into the swirling psychedelic world. I haven’t seen the movie where this music is made for, but I think that the music has been very important for this movie. If you don’t like krautrock and psychedelic music with tedious moments, then this is something you probably avoid, but I do recommend to listen to this album at least once. It also feels very “time bound”, but I’m a big fan of a lot of (experimental and psychedelic) music that was made back in the seventies.

You can order the album here:

You can also read my review on the website of Progarchy:

You can listen to the track Le Souire Volé here: 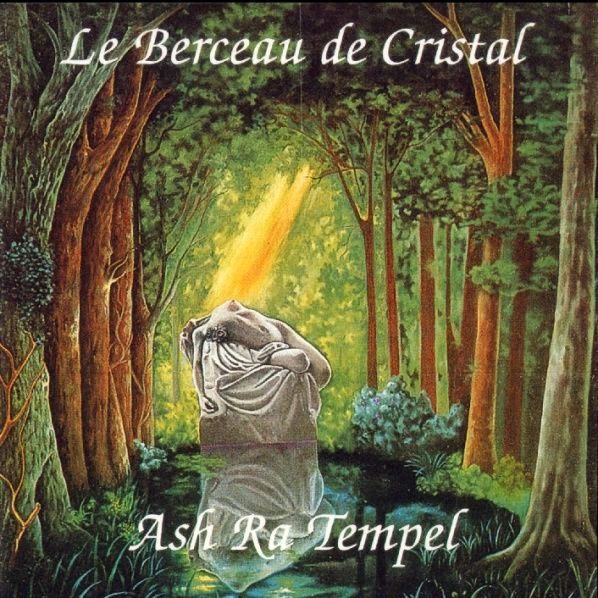 You can read my review of his solo performance at Dekmantel Festival 2015 here:

I also interviewed Manuel Göttsching last year, you can listen to the interview here: