After a wonderful first edition of Progcity Festival (you can read my review of the first edition here) it was only a matter of time when the second edition would be held. Organizer Gert-Jan van Middelkoop had two bands lined up I’ve never seen perform live before; the Dutch band Profuna Ocean and German band Ashby. I know Profuna Ocean’s music (I reviewed their latest album In Vacuum, you can read the review here), but I never heard any music from Ashby. While Profuna Ocean had played a couple of times before at Musicon, Ashby was playing their first ever gig in The Netherlands.

The band did a wonderful performance that evening. It’s a band that does well on both a small or big stage during a festival. They make solid progressive rock music, with some metal like riffs here and there. Fred den Hartog used an extra snare (or at least, I thought it was a snare drum) from time to time during his performance. Raoul Potters dares to do a lot more of his voice on stage than on the album, which gets a big plus from me. The track Clean Slate ended with a solo keyboard piece by René Visser. When René was finished Raoul thanked the audience for being so silent during that keyboard moment. The band became more loose and active on stage later on, but only really showed their energy and enthusiasm during the last track. I’m sure the band will be more energetic and loose when they have a longer set to play. The crowd itself was actually very loose during their whole performance, dancing on the music, and some even sang along. 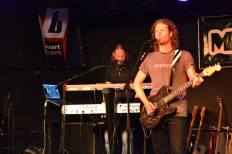 The band had a bit of a slow start due to some technical problems, but those were solved soon. A real progressive rock/metal band with a lot of surprising musical elements. They’re leaning towards Haken and Dream Theater. The band contains young members, but they are far from inexperienced! They are very talented, play very tight and show that they really enjoy to be performing on stage. Sabina Moser is not afraid to use her complete voice range when it comes to soft and hard moments in the music. Sometimes she shouts a bit too enthusiastic outside her vocal range, making her voice sounds too harsh, but most of the time she was singing great. She was also very energetic and dancing/head banging on stage. The members were interactive with the audience in between tracks, and people in the audience were dancing along with the music. A band I would really love to see perform again! 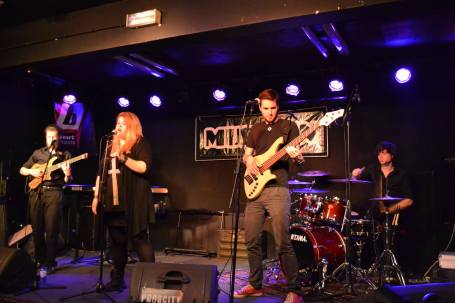 I had a fantastic evening, and I I’m sure the rest of the audience really enjoyed it too. I can’t wait for Progcity edition number three! A well-organized festival on a great location that shows us new, upcoming talent. I really recommend to go see this festival when you have the chance!

Lost Inside (The Landscape)

Hanging In The Balance

Waiting For The Fall

The Faceless And The Shore

You can also read my review on Background Magazine:

All photos by me.

Bonus picture! Gert-Jan selling tickets at the door! A big thank you to Gert-Jan for making this all possible and also Ron (the guy with the camera) for the ride back! 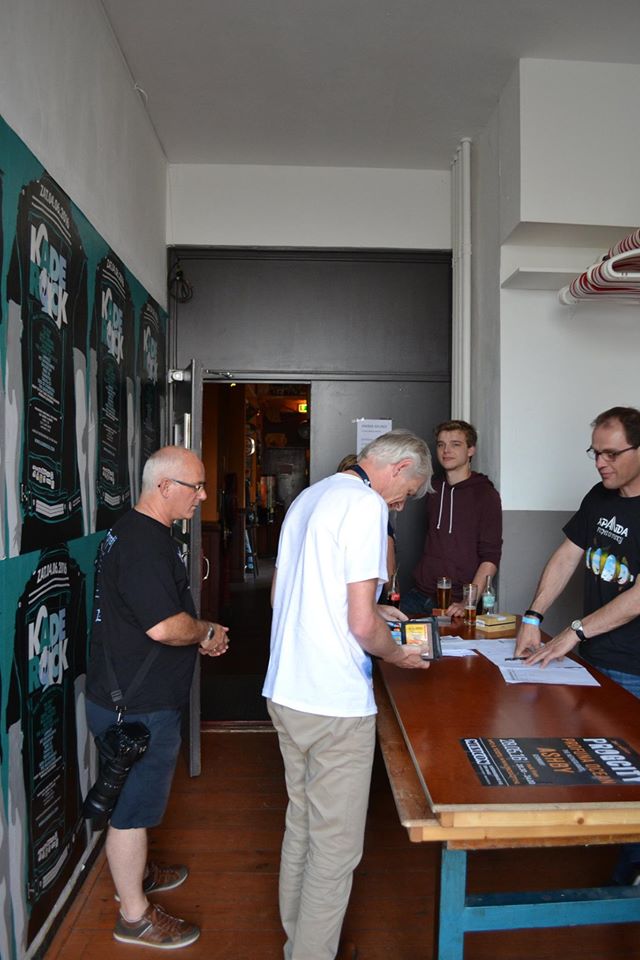